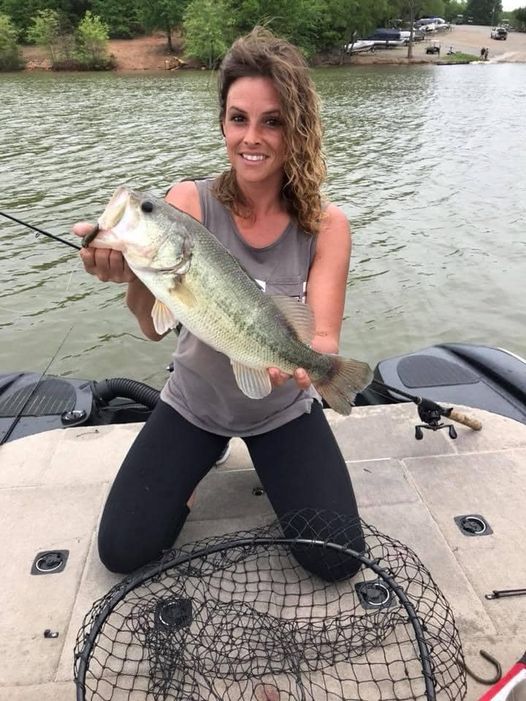 #waybackwednesday May 5, 2018
Three years ago today, I finished fishing a two-day NC BASS Nation Qualifier on Lake Hickory in Hickory, NC. It was a last minute decision to compete in this event due to grad school and an upcoming high school fishing tournament for my boys, but I decided the day before the tournament that I would go. I got off work the Thursday before at regular time, came home to pack, and got on the road about 7:00, with an almost four-hour, two hundred-mile ride ahead of me. I was so unprepared, I was rigging my rods the morning of the first day in the parking lot at the ramp and on the back deck my boater, Jerry Craig’s boat.
On day one, I caught my first limit on my own and weighed in 8.45 pounds, putting me in fifth palace. I didn’t even know that until our BASS Nation president announced it during blast off for days two. Once I found out I was sitting kicked in such good shape going into day two, the nerves and the pressure kicked in. Thankfully, I was able to catch another limit on day two and even culled a line-squeaker with this 3.53 beauty. We had such a great day on the water, but we ended up coming in thirty minutes early because my fish was in distress and I couldn’t chance losing weight for dead fish. I weighed in 10.72 pounds that day, giving me a two-day total of 19.37 pounds. I’m was nervous while waiting for everyone else to weigh in that I literally felt nauseous.
I finished in third place and qualified for the NC BASS Nation State team for the second time since I began fishing competitively. I first qualified on Lake Norman in 2016. I haven’t made it back on the team since, but you can beat believe I’ve given it my best shot at the qualifiers we’ve had since then. I’m looking forward for the 2021 qualifiers to begin so I can get back on the water and compete.
#LakeHickory #HickoryNC #NCBASSNation #WesternQualifier #3rdplace #bassfishing #fishingtournament

RodnReelGirls.com
June 18, 2021
About A website built by Wanda Stewart To promote women in the outdoor industry. To help them find their niche...

RodnReelGirls.com
June 11, 2021June 11, 2021
Stacy Fretina My Career is in Real Estate Appraisal- My true passion is fishing as a Professional Redfish Angler. https://www.facebook.com/stacyfretinafishing/posts/287663402844818...